Oh, he wasn’t always a cross dresser. Once, he lived a normal life in a cellophane package on the grounds of Graceland. Until one day, purchased and bagged, he ended up here – Magnet Fridge City. Land of the collectible seductive metal, instead of gracing Graceland, he graced the icebox.

It’s not really his fault. Wardrobe on the box is limited. Just ask his friend, Blue Suede M&M.

When Elvis met Marilyn, he not only stole her heart, he stole her pants.

And can you blame the guy? She had a rockin’ attire. Wasn’t it obvious she came from Vegas the city of glitz? Always cool. Dressed in her finest gown. Crooning and laughing her throaty laugh. She didn’t mind. 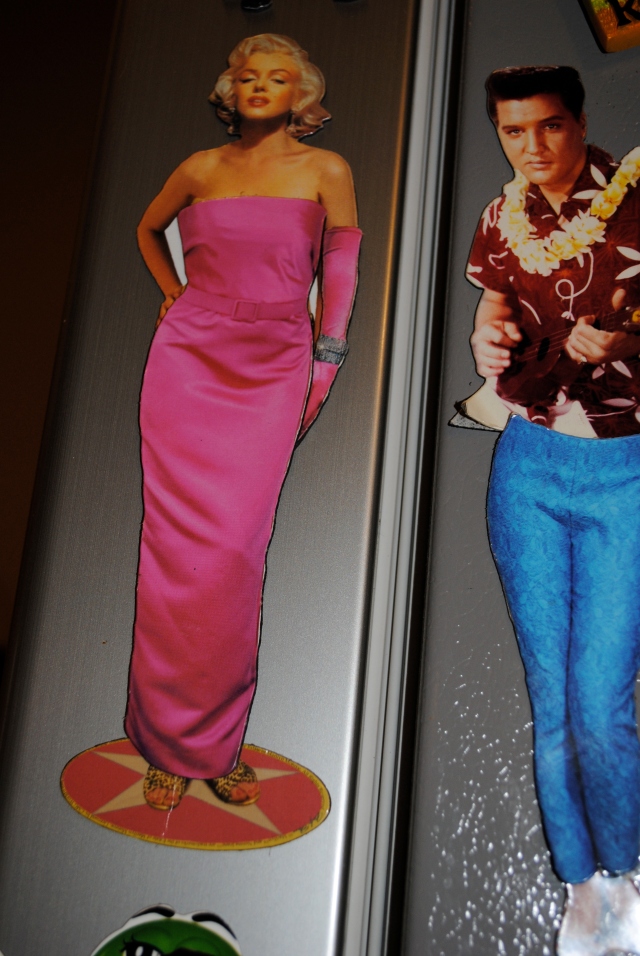 They all wanted to be like her. Even the dog lived the sweet life. 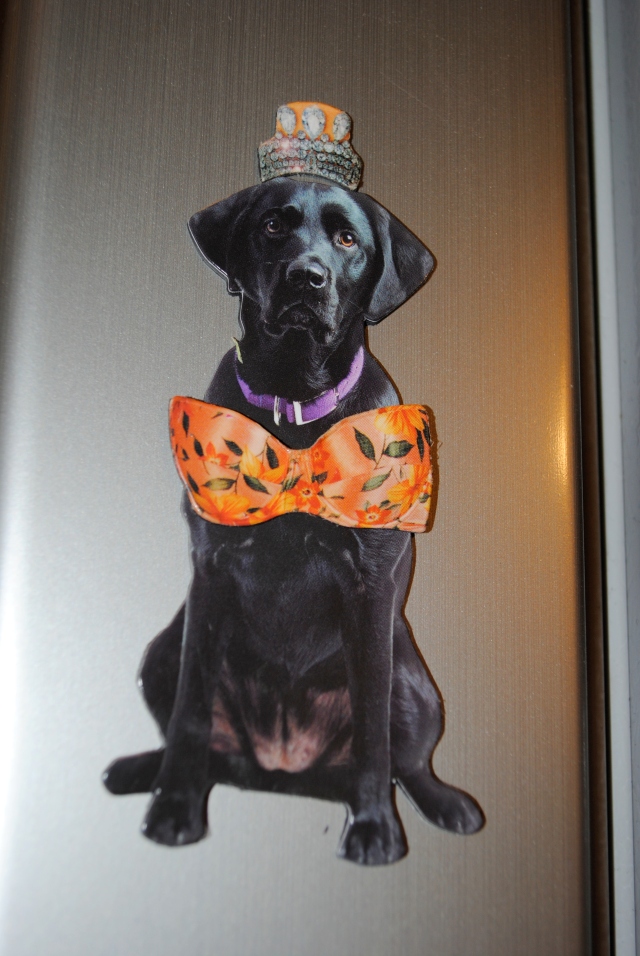 Their biggest fear? To be left behind. Forgotten. Unused. Undressed.
What if no one changed their bra, their pants, their shoes, their crown? What if they ended up [gasp!] naked?
Or worse , on the side of a filing cabinet. It wasn’t an easy life, but it was their life. Being together – the most important thing.

But all good things must come to an end. The day came when their clothes were scraped off. One by one, from head to toe, they peeled forward. Handled delicately they were placed unattached in a cardboard box. Clothes tossed in a pile like dirty laundry.

The horror! They were moving. Where would they end up? Who would be in what dress? The uncertainty struck fear deep in their magnet core. 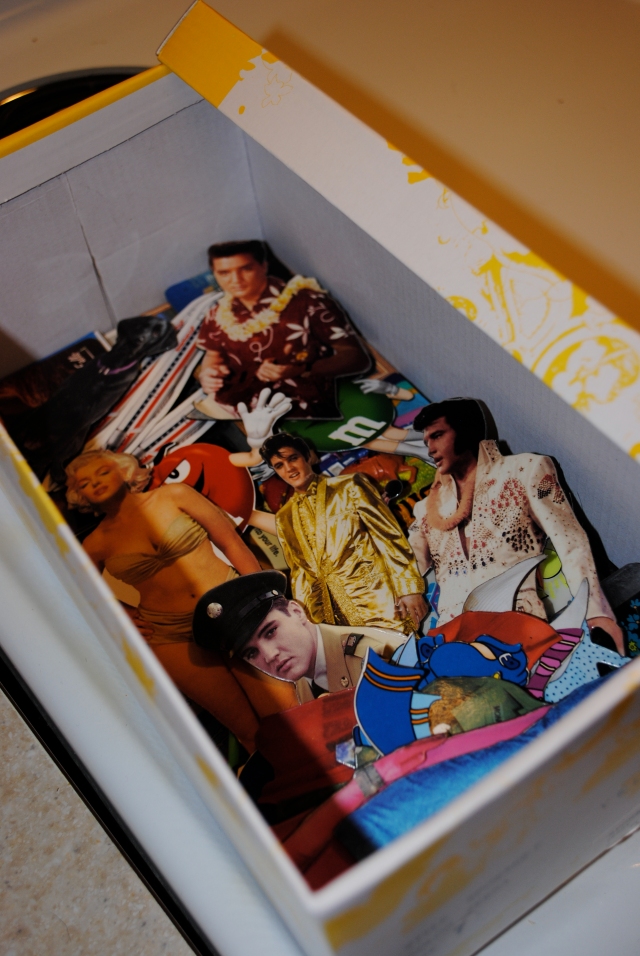 As the box lid slides to a close. Marilyn beams her bedroom eyes, and Elvis grins his star-lit smile. Someday soon, they will rise again to great glory of cold food storage, and great inter-changeable fashion.

Coming soon to a fridge near you (uh-Jason).

” ‘Til we meet you again, may God bless you. Adios.”
Elvis-Said in 1977 at the end of a concert during his last tour.

**No magnets were harmed in the making of this post.**

23 thoughts on “The Cross Dressing Elvis makes a Move”