We didn’t plan on visiting a haunted place. We just thought it would be cool to see a cavern, and maybe some bats.

But the haunt was on us.

We didn’t see any bats, or cool cave formations.

In fact, we didn’t see anything. But something was there.

But, I’m getting ahead of myself. You probably want to know how we came to such a place.

See, earlier this spring Jason, and I took a trip to the Lake Marble Falls in the Texas hill country. There are several lakes in the area, including Lake Marble Falls, and Inks Lake. Lots of fun things to do and see, plus many recreational activities; including camping, hiking, boating, and fishing.

I had a free hotel stay and we wanted to explore. 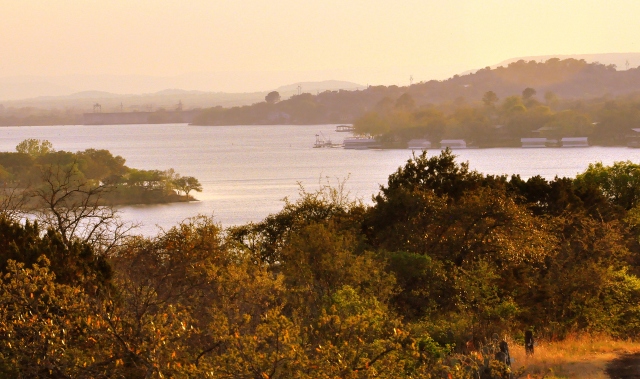 I should have known when I was photographing a “hawk”, then realized. It wasn’t a hawk. It was a flesh-eating zombie bird; aka – vulture. That our little “adventure” was only going to get worse. Yikes! 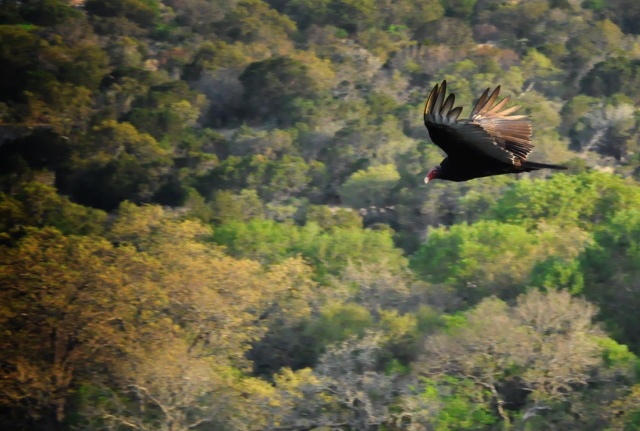 I think I got a little shiver at that point. Give me a Bald Eagle, not a morbid vulture.

After our bird watching, we proceeded to the Longhorn State Cavern. The one we thought would be so cool with gorgeous stalactites and the like.

Instead, the cavern was closed (because it was getting dark!). This place was known to be occupied over 400 years ago by the Comanches. Then, it was used as a Confederate strong-hold that manufactured gunpowder. Even worse, it was the hide-out for legendary outlaw Sam Bass.

Let’s face it, this place had some bad mojo in its history, and that was pretty obvious when we stepped out of the car.

I could feel a presence in the air. Like something electric and thick. I had the creepiest feeling of being watched even though there was no one in sight.

The eerie quiet was palpable.

We decided to check out the water tower first.

Unescapable window inside the tower.

The top of the tower.

The view? Pretty amazing. But I kept hearing creaking from the stairs. It made me very jumpy. I suppose I’ve watched too many episodes of Ghost Adventures. Ever notice how they jump a lot? Yeah. Like that.

For that reason, I left the tower and Jason, and took off on my own to explore (no idea what I was thinking here! Why? Why? Why?)

Alone, the skin prickles got worse. Especially the eyes on my back.

I came across these old military quarters. 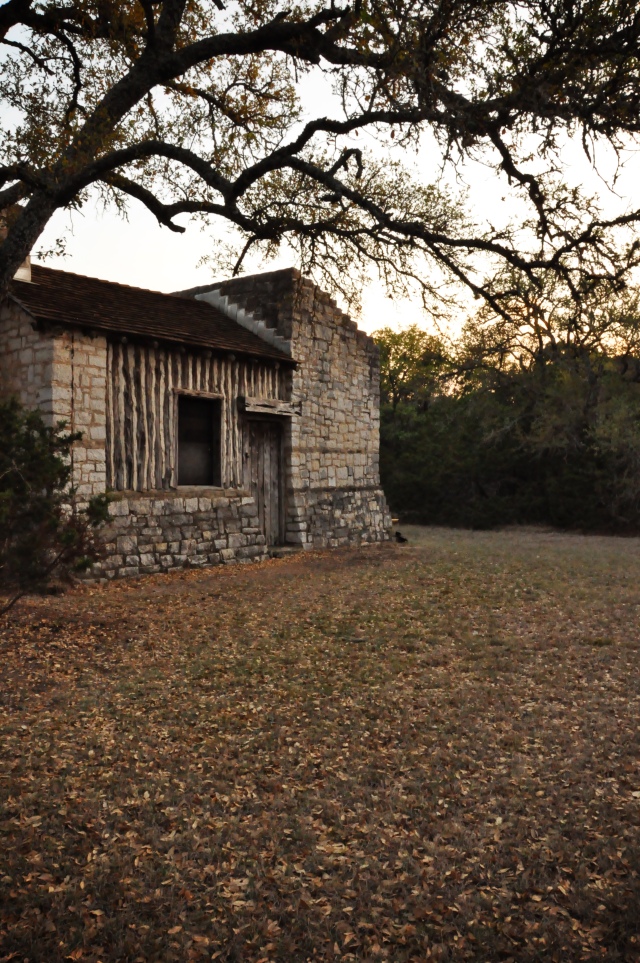 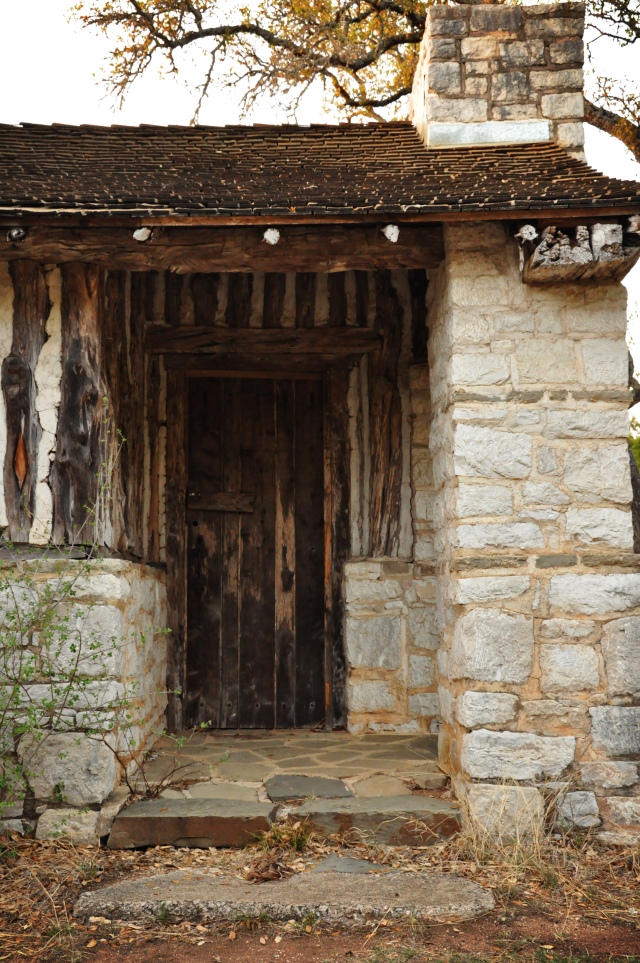 I wasn’t touching that place with a ten foot pole. Just look at that spooky doorway. No way was I checking too see if that door opened. Nuh-huh!

I walked to the left of this house and discovered this trail. 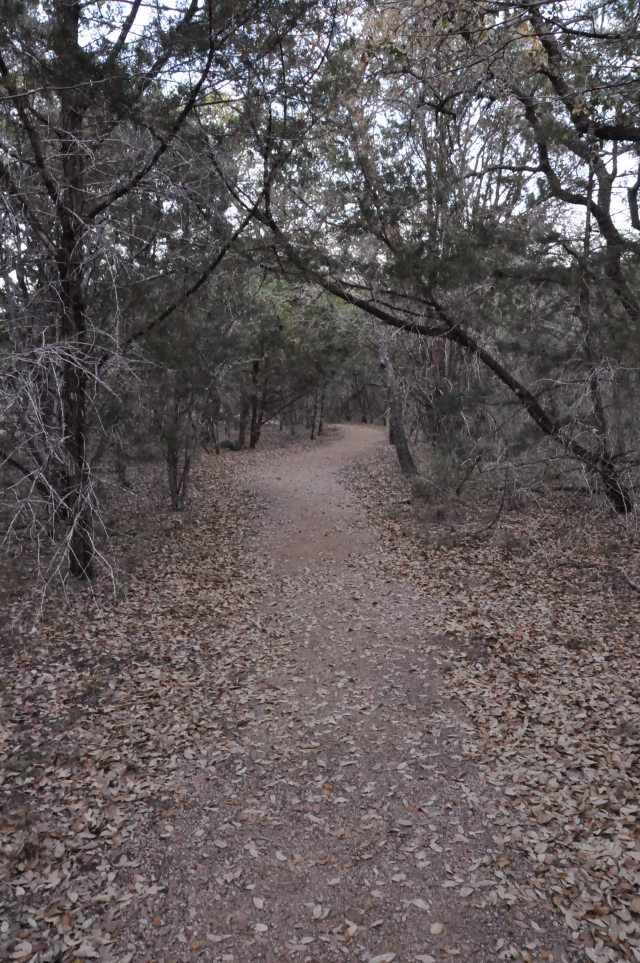 I’m not sure Why, but I felt this deep desire to go there. To see what it led to. Was there a look-out? A cemetery? Another house? I had to find out.

Of course, I might as well have wee’d myself, rather than going down that path. Just beyond those curves, there are dead gray trees. A forest of them.

Tree after tree, a pale gray. The trunks made a vertical pattern that was hard to see through. I would catch a glimpse of “something” from the corner of my eye, but when I stopped to look, I couldn’t see any movement. Of course.

I kept going. There was no end in sight. Every twist and turn led to more twists and turns.

At that point, I kept hearing footstep scrapes behind me. I would look, but nothing was there (or was there?). Eventually, I couldn’t take the suspense.

I’m really lucky, I didn’t fall and break neck, or my camera getting out of there. I decided running was the best idea, back the way I came.

I was so happy when I emerged and found Jason. He’s alive! He’s alive!

We, then, decided to pursue the entrance of the cave, even though the place was closed, and I had the willies. AND IT WAS GETTING DARK (gulp!). We had to see, right??

Looks harmless enough, if you like HOLES in the ground, which I don’t. You can fall in holes. Holes are bad, and dark, and scary.

The path to the entrance is VERY pretty though. It’s a trick……to delude you….

This is the last thing you see before getting to the cave entrance. 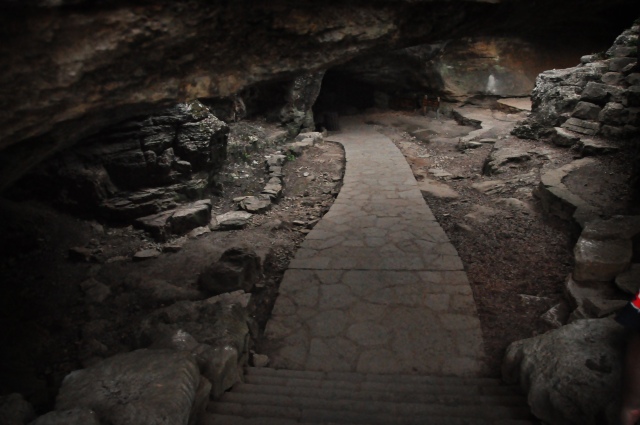 And the entrance is gated, and padlocked. To keep people out

I got brave enough to get right at the bars of the gate, then I felt a push of cold air blow right past my face.

I left tread marks back up those stairs. 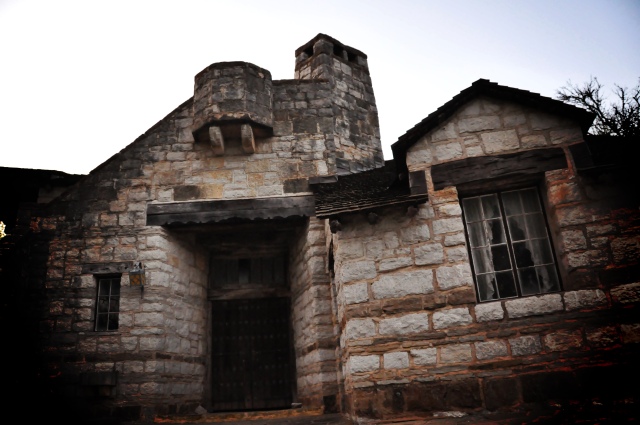 The dark was descending quickly, and the hair on my arms stood up. Is it just me, or is there someone in that window?

So, we got out of there.

Of course, we looked the place up after we left, and discovered all kinds of things about it. Most especially, the paranormal activity recorded by Austin Paranormal.

What??? Told you something was there!!!

They do cave tours in the middle of the night. Paranormal Cave Tours. Can you believe that?!?!

It’s creepy enough during the day.

I don’t think my heart could take it at night. The witching hour? Deep inside a COLD, dark cave? With things that go bump in the night? Umm, no thanks!

So that was our adventure with a paranormal place. And? I have a whole new respect for Zac’s dramatics.

If you like haunted places, I urge you to visit and see for yourself.