The Daily Post at WordPress weekly photo challenge is to find your relic. The first thing that comes to mind is the fabulous and dying (but resurrecting) Baker Hotel in Mineral Wells, Texas.

However, I have posted about it many times, mainly because, I am fascinated and (mostly) terrified of it.

So that left my other fascinating relic, which is pretty much the entire city of San Francisco. And yes, I have posted about it many times too, and that is because I have SO MANY PHOTOGRAPHS in my vault that have never seen the light of day (until now). 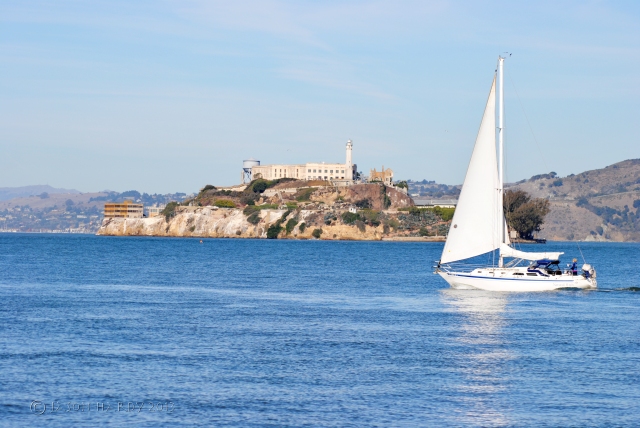 This is the creepy relic of a prison called Alcatraz. Softened by the gentle drift of a sailboat on the bay. 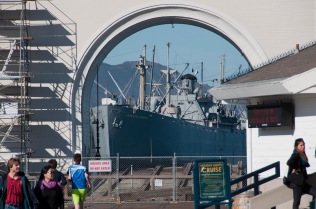 This is the absolutely stunning SS Jeremiah O’Brien. One of two remaining Liberty ships from the World War II era. It is distinguished as being the last unaltered Liberty ship that makes it historically accurate. The beauty moors at Pier 45 in San Francisco’s Fisherman’s Wharf. 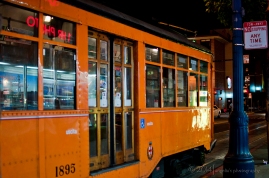 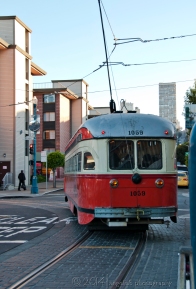 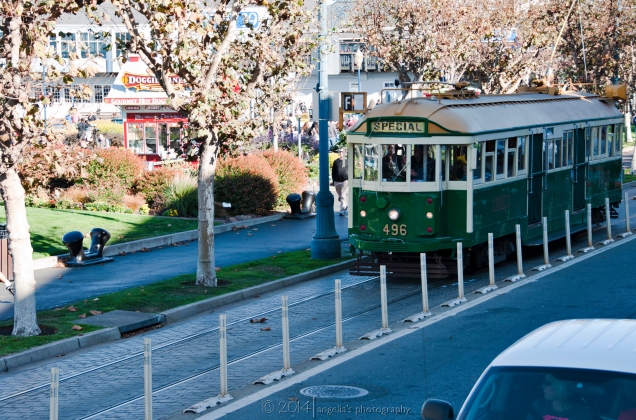 These are the Historic streetcars, trolleys, and trams of San Francisco. They call them the museums of motion and that is so true. It is a flashback in time to ride, not to mention a genius way of moving around San Francisco, while saving your legs from the enormous amount of walking. This form of transport is classic and you will feel fortunate to have the opportunity to be part of the memories of these cool cars.

Lotta’s Fountain is a donation to the city by the entertainer Lotta Crabtree in 1875. The most famous thing about this relic is that it is known to be the meeting place of the survivors of the 1906 fire/earthquake every year at 5:12 on April 18th. It is said the reason they meet is because many people, after the big quake, said “Let’s meet at Lotta’s Fountain”. It was the one place still standing that everyone knew the location of.

Chinatown. Just look at the photo and you can see the relic signs in the background. The rich culture of an area with the elaborate displays of a heritage on every corner.

This is the sign of a once vibrant sea port, and now famous for a vibrant tourism. It signifies a maritime history that only lives at San Francisco’s Fisherman’s Wharf.

I hope you can agree with me that San Francisco is a city loaded with history and relics.

Have a wonderful weekend!

WordPress has challenged us yet again. The theme this week is “On the Move” .

Movement is life (I think I am quoting World War Z?). But truly, movement is exciting and thrilling.

I am super jazzed to give you photos from my last trip to San Francisco. A city that never fails to amaze me in the way it moves and speaks. It is diverse and dynamic. And besides, who can resist the sweeping beautiful bay?

Most of these images are from or around Fisherman’s Wharf. 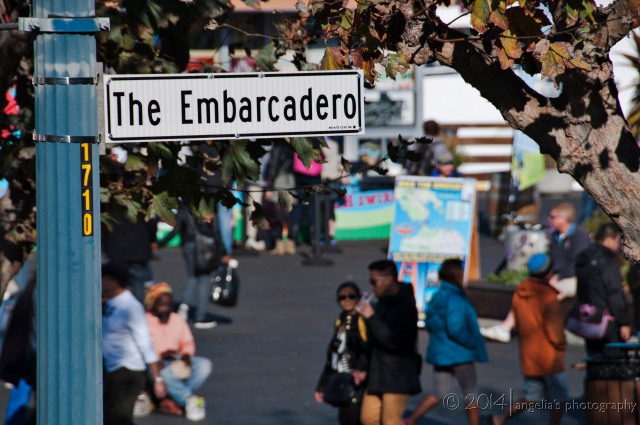 An Eagle on the move over Muir Beach outlook…

The refurbished trolley bus on the move…

A Sea Lion on the move…

A sailboat on the move…

A kayaker on the move around Alcatraz… 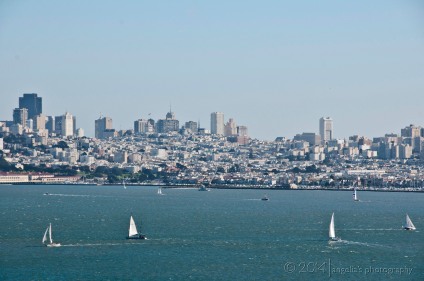 Sailing on the move before the city skyline.

A colorful cargo ship on the move under the Bay Bridge…

A tourist on the move…hey, that’s me!

More sailboats on the move to beyond the Golden Gate…

Fresh Market shopping in China Town on the move…

My flying hair on the move…(on the bus).

China Town on the move…

Seagulls on Fisherman’s wharf on the move…

A tour bus on the move…

So you can see, a city so full of motion, it is hard to capture it all. And that is why I keep going back.

If you would like to see more blogs on the move, please check out the The Daily Post – Weekly Photo Challenge.