Which happens to be on the North side of downtown Fort Worth. No need to consult a map, it’s true.

The wild West begins with a cobblestone street (isn’t that what brick is called?). Twice a day there is a cattle drive of Texas Longhorn steers; 1865 style.

Truth is…..I’ve lived (and worked) in the Fort Worth area for over twenty-one years. This was the first time I’ve seen the historic cattle drive. Isn’t that the way it is with tourist-y spots?

It was short, but very, very cool. You know if I make a collage, I’m not pulling your leg.

I actually wasn’t feeling all that well today. I got up, then went back to sleep until almost noon. I can’t remember the last time I slept longer than seven hours. I must have needed it, either that, or the decongestant the doctor prescribed needs to be cut in half. I was still tired most the day. I can’t seem to shake the sinus headache, even though I’m on antibiotics and two different decongestants. I guess it’s that time of year for the insane clown cold. Point is…..I do have one in my fuzzy brain, I promise…..I still took pictures.

I didn’t think any were good. Finally, after two hours of poking around with edits (I like the cinema edit on these the best), I am finally happy with some of them. Here are a few.

After the cattle drive, the little girls wanted to ride the ponies, and sit on a Texas Longhorn. Who wouldn’t?

For all fairness sake, I did get Molly’s picture on the ponies and I did get Bridget’s picture on the longhorn. However, I had to narrow down the photo usage, because this post is already post heavy with pictures (Is that possible? If you are on slow upload…I am incredibly sorry).

Next, we shopped. Okay….not really. Those things are waaaay too expensive, but we had fun anyway.

Then we saw something crazy – really crazy. 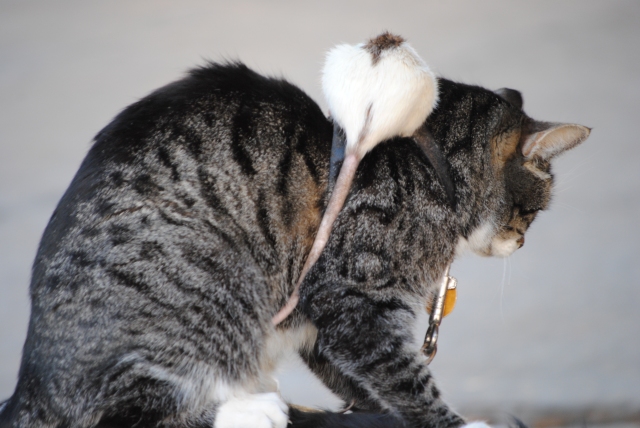 It is what you think it is.

A real cat with a real rat.

It’s a little hard to see, but the rat is on the cat, and the cat is on a dog.

I have no idea how he did that, but it was fur real. Heh.

Our little outing ended when the outlaws were thrown in jail. All THREE of them!

S’cuse me, make that all FOUR of them rascals!

I will bail you out tomorrow, okay kids?

That sums up our afternoon in the Fort Worth Stockyards. The girls really enjoyed it. I think they have watched some western shows with their mom and they soaked it all up with big happy grins. Their maternal relatives hail from New England, but my goodness…..it’s obvious these little girls were born in Texas and it is soooo cute.

If you have not visited the Fort Worth Stockyards, and you live here (shame), you definitely should. The cattle drive happens twice a day. We caught the one at four pm.

It was a great family time. Hope you are having a wonderful weekend too, and enjoying the nice weather if you got it.