I must admit…I don’t name my cars. I never have. Even when I got a car on my 16th birthday. It was a sweet silver Mercury Cougar 1984.  Many called it the silver bullet, but that wasn’t its name, not by me anyway. It was just my car that I dinged wrecked too many times to count.

Since then, I’ve had a red Eagle Talon, a green Neon, a white Plymouth Breeze, and a champagne Nissan Pathfinder (10yrs old). I liked all my cars. I did. I just wasn’t creative enough to name them or anything. Maybe I didn’t want to get too attached. I mean, one day, they would become an old used up trade in never seen from again.

But my car now? Well, I love it. It’s a Black Toyota Matrix, after almost five years it has a name. Hooptie.  I loooove my hooptie ride. It’s just the right size. It has seen me through thick and thin and many, many moves. My baby even carried a full size filing cabinet, my dogs, kids, co-workers and family. It gets mistaken for an SUV all the time even though it’s only a Toyota Corolla with a hatchback. It’s amazing how much I can pack in there. It’s even good on gas.

The only problem it had? The hubcaps. I kept losing them. Believe me it’s not pretty. Missing a hubcap is like going without shoes and having ugly feet. I kept replacing them with the original factory ones, but eventually another would fall off and they would get harder and harder to find at a cheap price (unbroken that is). I finally replaced them with metal fitting hubcaps. These were the best I could do picking a style.

It took me a bit to get used to them but it was better than shelling out bucks for rims. It was still my beloved. Then, I noticed my poor (plastic) hubcaps were missing a bolt. A fake bolt at that. The horror!

Now according to urban dictionary – a hooptie is a clunker. I don’t think my ride is a clunker by any means, but definitely the hubcaps were hooptie. I guess that fits in a way, but really it’s a very nice car. Hooptie just became my endearing term for a car that I’ve grown attached to and been through many miles with in the last five years.

As Sydney approaches sixteen (FIVE DAYS), we had to figure out what wheels she would drive. I didn’t want to buy her a “true” hooptie unless that’s what she really wanted and definitely not a new car. NO WAY. She needed a first car that was reliable but not a lot of money. The only thing that made sense was to give her my car (almost paid for) and I would get a new(er) car. Of course she thinks THAT’S totally unfair. I get a new car and she gets a hooptie?

Uh, hello, I’m the MOM here. Now her getting a MOM car and not a teenage car, that I can understand. So I promised her she could pick out new rims and a new stereo. That way my car would be “her” car. During my time off I went to get the tires rotated since the steering wheel vibrated my arms off going 60 on the freeway. Lo and behold the tires were bad. Totally worn out and bald – which is why it shook – and I needed new tires. It seemed a good time for Sydney to pick out rims even though she won’t officially have the car until she returns from Mississippi this summer.

We paged through a large catalog to select the rims and tires. Her choice. Whatever she wanted. I think she did a good job considering she is a girl and neither of us know anything about cars. Now what I forgot was that I would be the driver of a VERY teenage car for the rest of the summer.  Oops.

Hey, how would you like to meet my new ride……introducing my pimped out hooptie with new bling to rank it as a G ride. Holla! 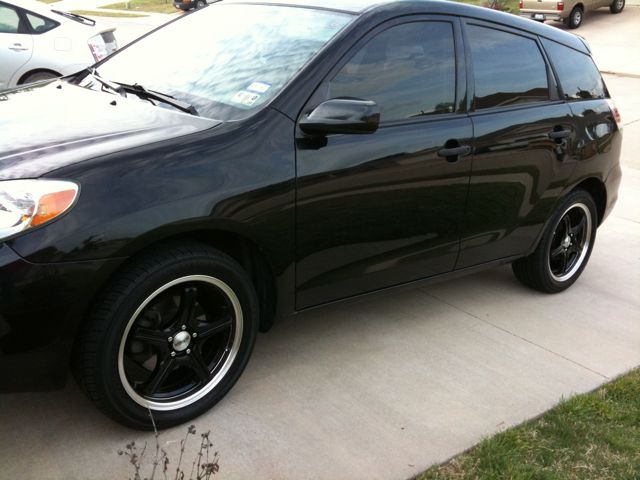 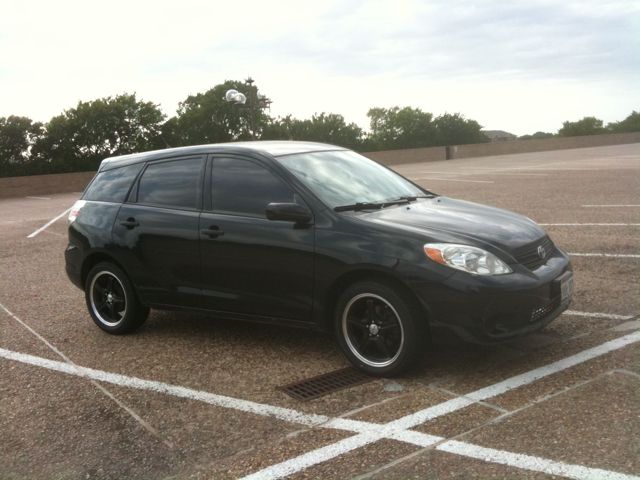 Sick, I know (as in crazy, cool). I get a lot of looks and even had someone trying to race me last night. Yeah, I’m poppin’. Look out, here comes the old lady in a Hooptie ride!

Thanks kid, I can’t wait to get my booming stereo. Word out.

42 thoughts on “My Hooptie Ride”